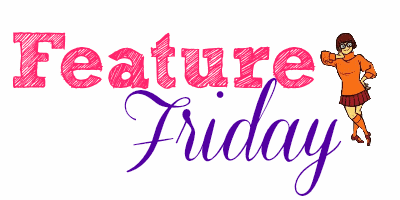 Feature Friday is a new weakly meme hosted here, at xo'reads, where I will feature a great book & post two of my favorite (and spoiler free) pages/excerpts, to inspire you to pick it up & discover why I have deemed it feature worthy (& amazing)!

He closed the distance between us, and just when I thought he'd drawn me against him, he stopped, holding himself in check. I exhaled, trying not to cry. He leaned his elbow on the doorjamb, just above my ear. He smelled so devastatingly familiar, soap and spice, the heady scent bringing back a rush of memories so pleasurable, it only made the current moment that much more difficult to bear. I was seized by the desire to touch him. To trace my hands over his skin, to feel his arms tighten securely around me. I wanted him to nuzzle my neck, his whisper to tickle my ear as he said private words that belonged only to me. I wanted him near, so near, with no thought of letting go.

"This isn't over," I said. "After everything we've been through, you don't get the right to brush me off. I'm not letting you off that easily." I wasn't sure if it was a threat, my last stab at defiance, or irrational words spoken straight from my splintered heart.

"I want to protect you," Patch said quietly.

He stood so close. All strength and heat and silent power. I couldn't escape him, now or ever. He'd always be there, consuming my every thought, my heart locked in his hands; I was drawn to him by forces I couldn't control, let alone escape.

I stalked away from the Tahoe, in case he thought he could use force to stuff me back into the car.

"I'm not going home. Not yet. Ever since the night you saved me from Gabe, I've been thinking of all the way I could run into you again. I've spent way too much time speculating how you knew me from before, how you knew me at all. I might not remember you or anything else from the past five months, but I can still feel, Jev. And when I first saw you the other night, I felt something that I've never felt before. I couldn't look at you and breathe at the same time. What does that mean? Why dont you want me to remember you? Who were you to me?"
At that, I stopped walking and turned back to face him. His eyes were dilated to full black, I suspected all kinds of emotions hid there. Regret, torment, wariness.
"The other night, why did you call me Angel?" I asked.

"If I were thinking straight, I'd take you home right now" He said quietly.

"But I'm tempted to do something I'll probably regret."

Those black eyes flicked over me. "First I need to get you off the streets. Hank's men can't be far behind."