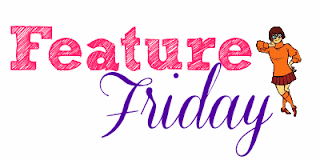 Feature Friday is a weekly meme hosted here, at xo'reads, where I will feature a great book & post two of my favorite (and spoiler free) pages/excerpts, to inspire you to pick it up & discover why I have deemed it feature worthy (& amazing)!
This Weeks Book: The Night Circus by Erin Morgenstern

So I just recently finished and reviewed this book, and I'll be damned if it wasn't the best book I've ever read! I HAD to share a couple excerpts from this book with you-- so what a better time than for Feature Friday! There are too many great excerpts, but I picked 3 great ones for you to get a taste of this phenomenal novel!

Prospero the Enchanter uses a pocket knife to slit his daughter's fingertips open, one by one, watching wordlessly as she cries until calm enough to heal them, drips of blood slowly creeping backwards.
The skin melds together, swirls of fingerprint ridges finding one another again, closing solidly once more.
Celia's shoulders fall, releasing the tension that has knotted in them, her relief palpable as she draws herself safely together.
Her father gives her only moments to rest before slicing each of her newly healed fingers again.


Chapter **
"I am sorry to hear that," he says. "It will make the challange a great deal more diifficult for you."

"we have been playing at this for more than a decade, when does it end?"

"It ends when there is a victor."

"And how long does that take?" Marco asks.

"It is difficult to say. The most previous challange lasted thirty-seven years."

"we cannot keep the circus running for thirty-seven years."

"Then you will not have as long a time to wait. you were a fine student, you are a fine competitor."

"How can you know?" Marco asks, his voice rising. "you have not seen fit to speak to me for years. I have done nothing for you. Everything I have done, every change I have made to that circus, every impossible feat and astounding sight, I have done for her."

"Your motives do not impact the game."

"You cannot quit," his instructor replies. "You are bound to this. To her. The challange will continue. One of you will lose. You have no choice in the matter."

Marco picks up a ball from the billiard table and hurls it at the man in the grey suit. He steps out of its path easily and it crashes instead into the sunset of stained glass.
Without a word, Marco turns his back on his instructor.He walks out the door at the back of the room, not even noticing Isobel as he passes her in the hall, where she has been close enough to hear the argument.
He goes directly to the ballroom, making his way to the center of the dance floor. He takes Celia’s arm, spinning her away from Herr Thiessen.
Marco pulls her to him in an emerald embrace, so close that no one distinction remains between where his suite ends and her gown begins. To Celia there is suddenly no one else in the room as he holds her in his arms. But before she can vocalize her surprise, his lips close over hers and she is lost in wordless bliss.
Marco kisses her as though they are the only two people in the world. The air swirls in a tempest around them, blowing open the glass doors to the garden with a tangle of billowing curtains. Every eye in the ballroom turns in their direction. And then he releases her and walks away. By the time Marco leaves the room, almost everyone has forgotten the incident entirely. It is replaced by a momentary confusion that is blamed on the heat or the excessive amounts of champagne. Herr Thiessen cannot recall why Celia has suddenly stopped dancing, or when her gown has shifted to its current deep green.
“Is something wrong?” he asks, when he realizes that she is trembling.

She had only wanted to keep the circus in balance. to preve nt the two conflicting sides from causing damage to each other or their surroundings.
To keep the scales from breaking.
Over and over in her mind, she sees them together in the ballroom.
She remembers snatches of the overheard argument. Marco saying he had done everything for her , a statement she had not understood at the time and forgotten soon after.
But now it is clear.
All the emotion in the cards when she would try to read about him, it was all for Celia.
The circus itself, all for her. For every beautiful tent he creates, she builds one in return.
And Isobel herself has been helping to keep it balanced.
Helping him. Helping them both.
She looks down at the hat in her hands.
White lace caressubg black wool, ribbons intertwind. Inseperable.
Isobel tears at the ribbons with her fingers, pulling at the bows in a sudden fury.
The handkerchief floats down like a ghost, the initials C.N.B legible amongst the embroidered vines.
The tarot card falls to the grund, landing faceup. The image of an angel is emblazoned on it, the word Temperance is lettered beneath.
Isobel stops, holding her breath. Expecting some repercussion, some result from the action. But everything is quiet. Candles flicker around her.
She thinks herself a fool for believing she could have any impact on such things. That anything she ever did mattered at all.
She reaches down to retrieve the fallen card, but her hand freezes just above it when she hears something. For a split second it sounds like the squealing brakes of a trian.
It takes a moment for Isobel to realize that the noise coming from outside the tent is actually the sound of Poppet Murray screaming.


***
Want to read more of this heart-stopping novel? Check out The Night Circus By Erin Morgenstern