Hey guys!!
If you aren't familiar with the book series Of Light & Darkness by Shayne Leighton , which is being made into a film for 2013, it's about a female mortal that is adopted by a vampire and brought into the Occult city, where Vampires, Werewolves, Witches & Elfins live and faces living amoung the monsters and surviving.
The movie cast had held fanfic writting contest and I decided to enter... & I won!! It was totally exciting & shocking when The author & Movie producer contacted me & told me how much they loved the new character I added into their world, Nash, and what I did with the story.

Meet my Lovely Mortal Character, Nash. Here's my winning entry, I hope you guys enjoy it!


You can read the entry Here & I'd love to get some feedback from you guys! 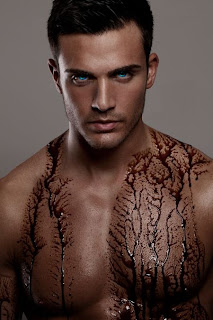